Invest in Mbale to reach self-reliance !

Your tax-deductible investment in Mbale Epicentre will support more than 100 villages around Mbale to reach their goal of becoming a self-reliant, sustainable community without hunger and poverty.

Namukasa's story is an example of what's possible for people when you invest in The Hunger Project. Namukasa is from a Hunger Project Epicentre community of Iganga in Uganda.

Namukasa Kasolo Tayiha, at just 10 years old, is investing in her own education and future after participating in The Hunger Project Uganda’s training on microfinance at her primary school. These workshops, led by volunteer animators, encourage youth to start saving and are often the first steps towards economic empowerment.

In Uganda, microfinance supports the reduction of poverty by improving people’s standards of living and economic self-sufficiency. It also offers a pathway to education, health care and gender equality. While it is often adults who make these types of investments, Namukasa– who lives in the Iganga district of Uganda–was ready to start planning for her future after participating in a workshop!

“I remember the teacher who came from The Hunger Project saying that most girls these days drop out of school to get married at a young age because their parents can no longer support them,” says Namukasa. “But if they set aside some of their money in a savings account at the bank, they can support themselves by later being able to buy what they need to stay in school.”

The teacher inspired Namukasa to immediately open a savings account with her community’s cooperative. She then started putting part of her lunch money into an account on a weekly basis.

Namukasa’s father, Kasolo Isma, was happy to learn of his daughter’s initiative in planning for her own future. “This is something new that I have not heard of happening in Iganga,” he says. “When Namukasa told me she had registered with the bank to start saving, I was very happy and I am currently thinking of ways to ensure her savings grow.” Kasolo Isma says he is very proud of his daughter and is now sharing the news with other parents in the community.

This is just the beginning for Namukasa– one day she hopes to become a nurse while continuing to save for her future!

Lorna says that before The Hunger Project came to her community, she was shy and barely spoke. The family lived in a tiny mud hut; at night they all slept side by side on the floor. The harvest from their small farm did not produce enough food to feed the family.

Now, with the training, support and microfinance loans that Lorna received from The Hunger Project, she has transformed her life: she has been able to increase the maize harvest on her family’s farm 5-fold, from 200kg to 1,000kg. As a result, she has educated and supported her children so that they could attend school and university.

Her family has even moved out of the small mud hut into a new, three-bedroom house that has a fridge and a television. She also volunteers on the microfinance committee in her village and educates others on the benefits of taking out small loans to improve family incomes and be financially self-reliant.

“I have tried to put into practice each and every training session I participated in at The Hunger Project's Mbale Epicentre and now I have lots to be proud of. I have gone from a small house to a large house with three bedrooms for me and my children!”.

Lorna has many plans for the future, including installing a water tank and irrigation system for her crops. Once the grinding mill is installed at The Hunger Project's Mbale Epicentre, Lorna says she and the community will use it to process grain, and it will increase the value of the crops 3- or 4-fold. She also volunteers as an ‘Animator’ and a board member for the microfinance program at The Hunger Project's Mbale Epicentre, so that she can enable others in her community to transform their lives too.

“I am empowered. I have the capacity to lead others in the community, to represent them.”

What impact will your investment have ?

$50 Can fund functional adult literacy training for two women so that they can learn to read and write.

$60 Can provide one woman with a microfinance loan and financial literacy training so she can start a small business, earn an income and support her family.

$120 Train a local volunteer leader who will educate mothers about the importance of pre-natal care to ensure their babies are delivered safely.

$500 Could allow a community to purchase food-processing equipment reducing the amount  of time it takes to prepare dietary staples such as maize flour. This allows more time for women to  spend earning income and  educating their children

$1,000 Could enable a community to drill a borehole to provide safe drinking water.

$5000 Could train 25 HIV Animators in Africa. AIDS is 100 percent preventable. If empowered with accurate information, and freed from social taboos, attitudes and behaviors that fuel the epidemic, the people of Africa have proven that they can protect themselves and their families.

Please partner with us to support Mbale Epicentre to reach self-reliance.

I am so grateful to have been able to witness first hand the results of the work of The Hunger Project and the amazing impact our investments make to empower and support so many lives in such a positive way.

Together we can make a better world!

Trista. It is great to see the difference you are making.

May good fortune be with you

Happy Birthday Lou , hope this little bit helps and I hope you have a great year Sadly I did have to waite till the last moment but am of to work this arvo

Individuals taking action in a united way can bring forth changes in many ways. May there be a positive shift to both individuals strengths and the communities' unity.

Can't wait to Mbale self-sufficient! Will be wonderful!

Great cause of course. Some bed nets will be put to good use I'm sure! 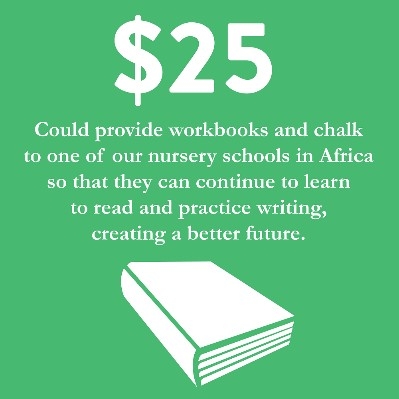 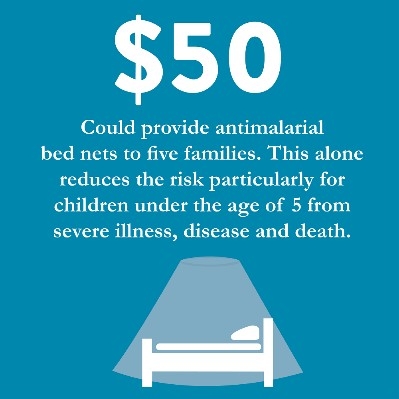 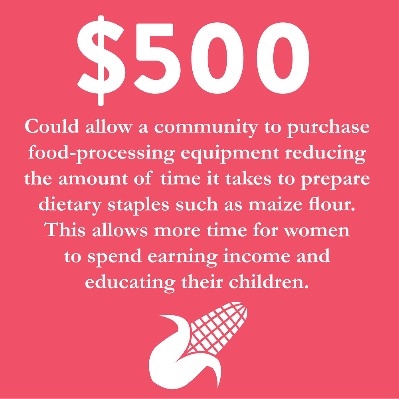 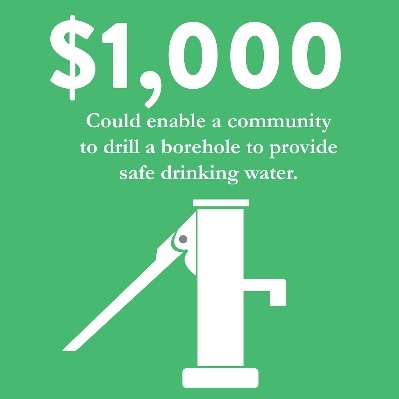